When we built out our van back in 2018, we decided to stick with two six-volt AGM deep cycle batteries. We knew all of the benefits of switching to lithium but the main reason was that they were still very expensive. At the time, there weren’t as many factory-built packs to choose from and the reputable brands were priced at around $1,000 for a 100Ah LiFePO4 pack. Brands like Battleborn and Relion batteries have been making the switch simple for many people willing to spend the money for a well-engineered and tested battery system.

Why Has It Become Less Expensive?

Fast forward a couple of years, LiFePO4 batteries have continued to gain in popularity with many RV manufacturers equipping them directly from the factory. Where it has really gained a lot of steam is in the DIY world. Lots of resources on the internet have come online showing DIYers how to source and assemble their own high-quality lithium iron phosphate battery packs completely with all the features of commercial equivalents.

Keep in mind that building a DIY lithium iron phosphate battery is a serious project. The amount of energy stored inside these cells and the low-resistance nature of them make it a potentially very dangerous process. A dead short across the terminals could mean disaster so the utmost care must be taken when building your own DIY lithium pack. The purpose of this article is to simply point you in the right direction towards a DIY LiFePO4 battery build. It is by no means a how-to on the topic. Please do as much research to educate yourself about the technology and safety precautions required to continue.

Which One Should I Choose?

Lately one of the best LiFePO4 cells in terms of quality and price are the EVE 280 Amp-Hour prismatic cells. They are aluminum-cased and pack a massive amount of power in a relatively small package. At over 3.5kWh of energy as a 4S 12-volt pack, it can power some of the hungriest adventure mobiles. You can also run multiple cells in parallel to double, triple, or quadruple the overall capacity and run practically anything you can imagine in a home on wheels.

The prices of these cells vary depending on where you buy them and where you live. AlieExpress.com is where I have had really good luck finding grade-A cells at decent prices. I have seen them as low as $100 per cell. As a pack of 4 cells to make a 12-volt battery, you can build a 280Ah 12-volt pack for half the prices of a 100-Ah Battleborn LiFePO4 battery. That is an unbelievably low price. Once you factor in the cost of a BMS, wires, and lugs, you are still looking at around $500 for a finished pack. Since LiFePO4 batteries have an 80-90% depth-of-discharge rate as compared to the 50% expected from an AGM, the cost per usable Ah is even more significant.

Let’s use our previous AGM pack as an example. We have a pair of VMax 6-volt 225 Ah AGM cells connected in series to make up our 12-volt house battery. At a cost of $570, our per usable Ah cost is about $5. For our new 280Ah EVE LiFePO4 pack, it costs roughly the same but we have double the usable capacity. The math goes like this:

Is This A Fair Comparison?

That is an astounding number! OK, some of you might say that we are comparing apples to oranges. Well, it is true and we are in several ways. One is a factory-built battery (VMax) while the other is a DIY pack built from raw cells. But on the other hand, even when compared to more expensive factory packs, we are also looking at a far longer-lasting battery in the LiFePO4 as it has an expected cycle life of nearly 10 times that of lead-acid equivalents. It is true that with a DIY pack you won’t get any support or warranties other than what comes from each component’s manufacturer, but that is also why this is not a build someone should take lightly. However, if you have done your research and educated yourself on all of the safety precautions, this is a very doable project.

I have in fact put together a YouTube playlist of my exact journey in building my own pack that is currently used in our 4×4 Sprinter van. My costs were a little higher because of our current location on an island in Europe and I opted for some extra components that are optional but it was still far less than that of a factory assemble pack like a Battleborn.

(FYI, don’t get me wrong, I think Battleborn is a great company that employs American workers building and selling products in America. For a lot of people, their batteries are possibly their best bet for safety, reliability and support. But for those of us who are DIY-minded, budget-conscious and willing to experiment, there are good alternatives.)

If this is something you are interested in, I am listing the entire parts list and where I bought them below for you to attempt your own build. Once again, I can not stress it enough that you must educate yourself with all the ins and outs of the safety precautions in attempting anything electrical. If you have read this far into the post, I have a feeling you just might be the right person to give this a shot. Good luck!

I am a modern nomad traveling full time around the world with my family since 2008. Currently in Europe living in our DIY Sprinter 4x4 Camper Van. You can find me sharing more about this lifestyle on Instagram or YouTube. For our travel content, check out malimish.com. 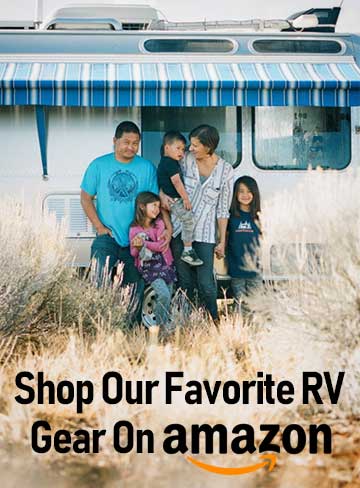 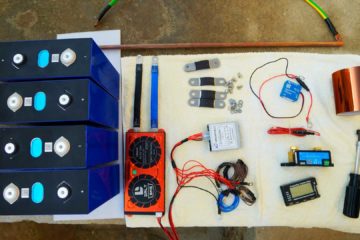 DIY LiFePO4 Battery Review After 400 Days of Continuous Use

It’s been a little over a year since we built and installed our DIY LiFePO4 pack into our Sprinter van. We built a 280Ah LiFePO4 12.8 volt pack using new, grade A prismatic cells I Read more… 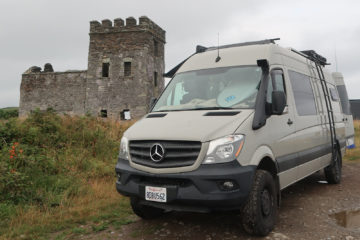 Sprinter Van Snorkel Install And Why You Need One

We haven’t drilled a new hole in our van since we first built it out in California back in 2018. That changed this week when we drilled 5 teeny holes and one large hole for Read more… 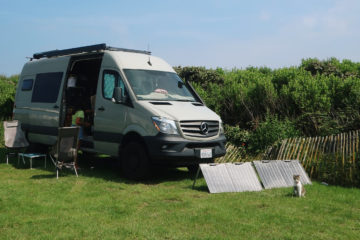